Less than 10% of the Web is indexed by search engines such as Google and Bing.  The remaining 90% is what we call the Deep Web or the Invisible Web.  Because of licensing and fee structures, most of the content in the Library databases is part of the Invisible Web. 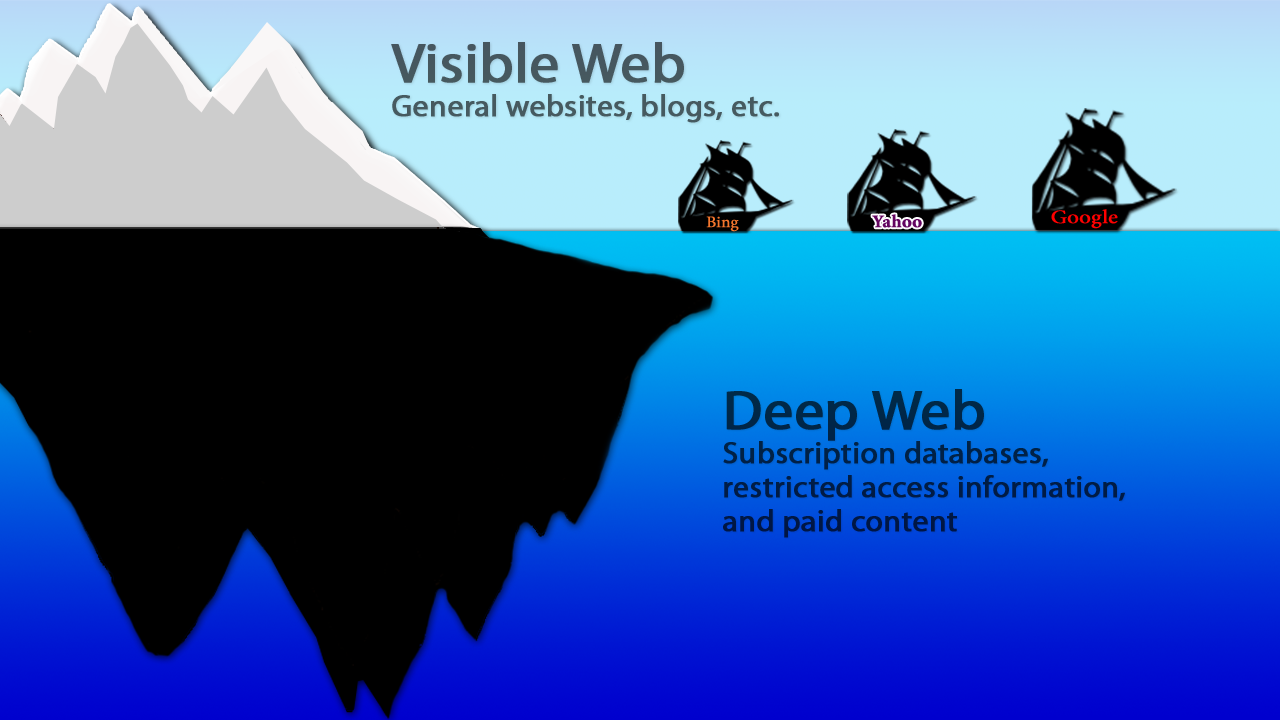 What is Information Literacy?

Information literacy is a set of abilities requiring individuals to "recognize when information is needed and have the ability to locate, evaluate, and use effectively the needed information."

The Library's Information Literacy Plan is based on three levels or tiers:

Level 3: Advanced Research by Discipline (In-depth discussion of research needed for capstone project or thesis with emphasis on background resources for Chapter 1 and literature review strategies for Chapter 2)

Additionally, faculty may request a course-related instruction session based on student needs for a particular assignment.

Please contact your Library Liaison to schedule.  Occasionally, liaisons have been "embedded " in online courses to participate in threaded discussions on the research process.

Perceptions of Libraries, 2010: Context and Community

Our comparative analysis is revealing and informative, especially given the collective sample sizes of over 10,000 respondents surveyed from 31 U.S. colleges and universities. The results are very similar from one year to the next.

We summarize the findings as follows:

2.     Notably, almost all students reported turning to course readings first—not to search engines such as Google, as assumed by some librarians and educators. In addition, students consulted Wikipedia to a lesser extent than they used instructors, scholarly research databases, search engines, and course readings when completing research for courses.

3.     Students in the 2010 sample and students in the 2009 sample exhibited the same preferences for information sources used in everyday life research—with only a few exceptions.

4.     In large part, almost all students we have studied turn to search engines—such as Google—and Wikipedia, and friends most often when looking for information for use in their daily lives.

6.     Students relied on librarians infrequently, if ever, whether they were conducting research for course work or for personal use. Moreover, students in this year’s sample reported using librarians less often than they reported in the 2009 survey results.